Norfolk the largest navy base in the world The USS Enterprise moored at Norfolk Naval Base. It's the world's first nuclear-powered aircraft carrier 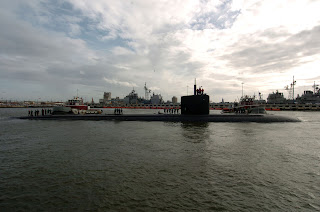 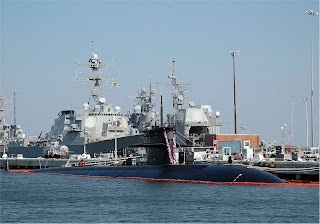 Naval Station Norfolk, Virginia, is a base of the United States Navy, occupies about four miles (6 km) of waterfront space and seven miles (11 km) of pier and wharf space of the Hampton Roads peninsula known as Sewell's Point. It is the world's largest Naval Station, supporting naval forces operating in the Atlantic Ocean, Mediterranean Sea, and Indian Ocean.
It is the hub for Navy logistics going to the European and Central Command theaters of operations, and to the Caribbean.