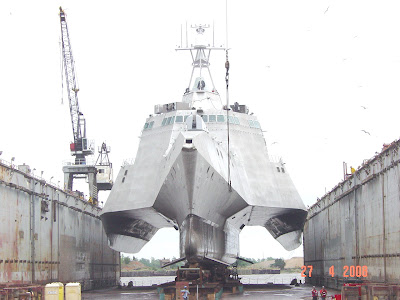 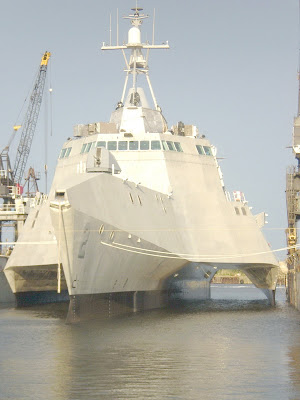 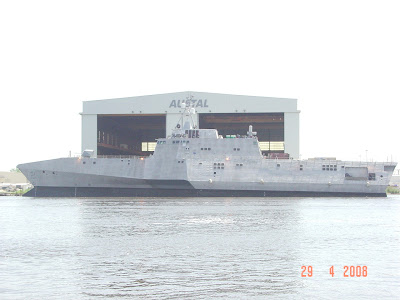 USS Independence (LCS-2), the class prototype for the Independence-class littoral combat ship, will be the sixth ship of the United States Navy to be named for the concept of independence. It is the design competitor produced by the General Dynamics consortium, in competition with the Lockheed Martin-designed USS Freedom
The littoral combat ship pre-commissioning unit Independence (LCS 2) is the second ship in a new design of next-generation combat vessel for close-to-shore operations. The ship will have a crew of less than 40 Sailors and will be able to reach a sustained speed of more than 50 knots. The larger flight deck will accommodate 2 SH-60 Sea Hawk helicopters or one CH-53-class helicopter.

It is intended as a small assault transport with a variety of capabilities depending on the mission module installed. The ship is a trimaran design capable of over 40 knots (74 km/h, 46 mph), and will probably be delivered to the US Navy in early 2009