FM30-50 booklet for identification of ships, published by the Division of Naval Intelligence of the Navy Department of the United States 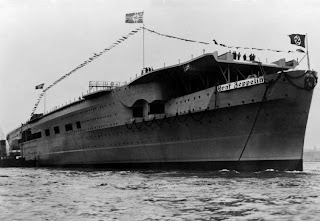 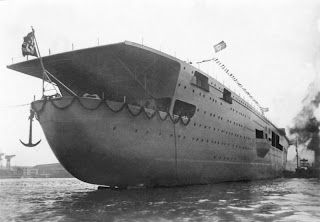 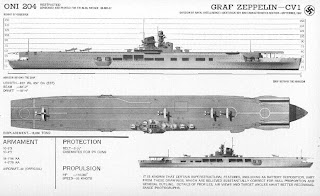 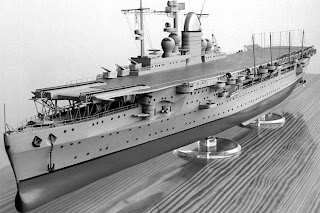 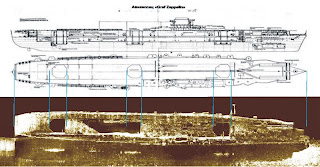 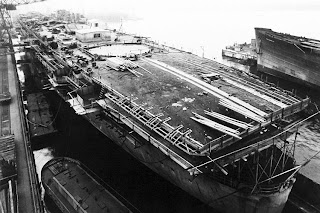 Shipbuilders in Nazi Germany did a remarkable job, considering they had no previous models to base it on 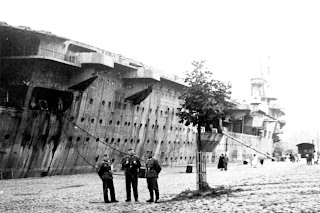 German soldiers in front of the carrier in Stettin in 1941: Work on the leviathan started in 1936 in Kiel, and the ship was launched on December 8, 1938 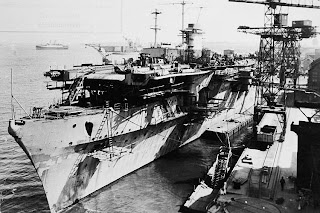 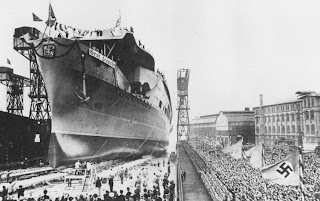 Launch ceremony in Kiel in 1938: Compared to the British and American aircraft-carriers, the "Graf Zeppelin" could only take a limited number of airplanes on board, because of space taken up by unnecessary artillery.
german imperial navy aircraft carrier Graf Zeppelin,named like the famous airship in honour of Graf (Count) Ferdinand von Zeppelin. It was Germany's only aircraft carrier during World War II. It was launched on December 8, 1938, but was never completed