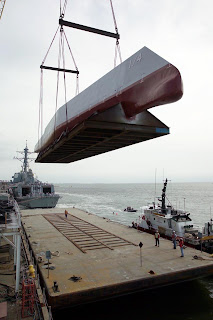 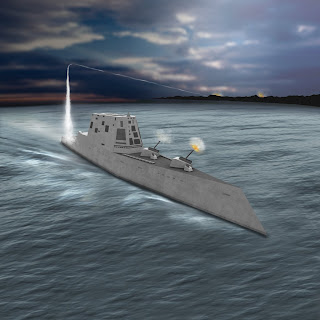 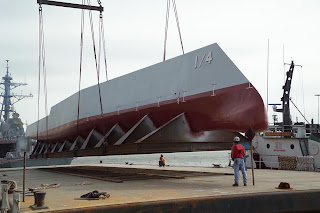 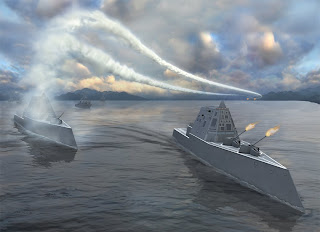 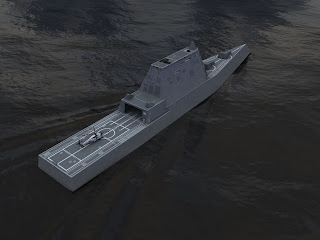 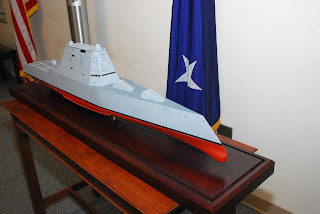 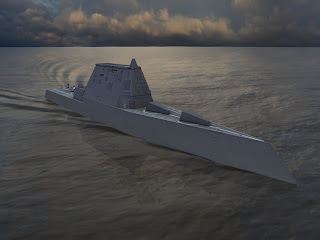 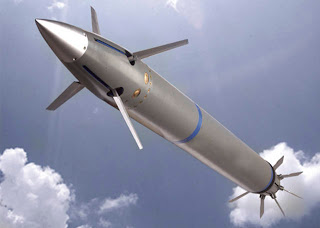 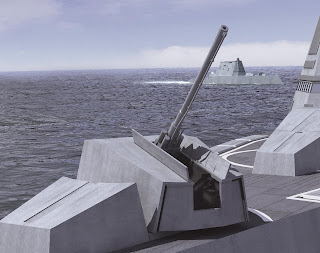 Artist's impression of the Advanced Gun System aboard a Zumwalt Destroyer
The gun barrel is 62 calibers long, The vessel's 155mm guns will be able to fire up to 100nm at a sustained rate of 12 rounds a minute. It will be equipped with a fully automated weapon system and advanced munitions, including the GPS-guided Long Range Land Attack Projectile (LRLAP)Technologies derived from the US Navy's Extended-Range Guided Munition. Up to 900 rounds of LRAP ammunition will be carried.


The United States Navy Zumwalt-class destroyer (DDG1000, previously known as the DDX program)is a scaled-back project that emerged after funding cuts to the larger DD-21 vessel program. USS Zumwalt (DDG-1000) is designed for surface warfare, littoral warfare anti-aircraft, and naval fire support.
The US Navy awarded the contract for the construction of the first two ships to General Dynamics (DDG 1000) and Northrop Grumman (DDG 1001) in February 2008. Both vessels are planned for delivery in 2013.
DDG 1000 Zumwalt has a Peripheral Vertical Launch System (PVLS), which consists of 20 four-cell PVLS mk57 VLS situated round the perimeter of the deck
, rather than the usual centrally located VLS. This would reduce the ship's vulnerability to a single hit.