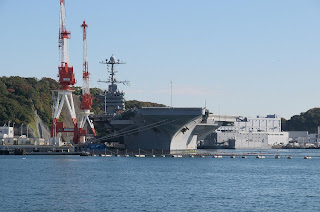 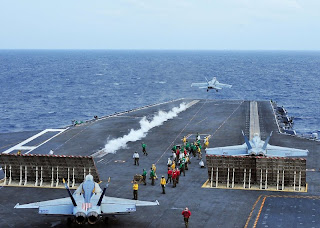 PACIFIC OCEAN (July 2, 2009) The Nimitz-class aircraft carrier USS George Washington (CVN 73) lowers her port anchor off the coast of Fremantle, Western Australia before a port visit. George Washington, the Navy's only permanently forward deployed aircraft carrier, is in port and scheduled to participate in Talisman Saber 2009, a series of training exercises hosted by the Australian Defense Force. (U.S. Navy photo

The last few days the USS George Washington has been anchored a couple of kilometers off the Fremantle coastline. An impressive sight it is, and has been drawing a lot of attention. If you look closely you'll see the tail fins of one of the blue angels on deck. 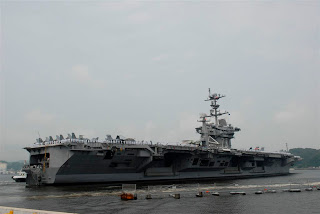 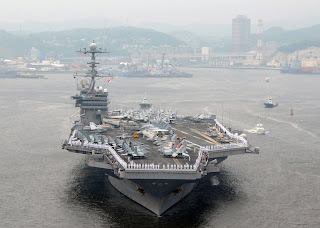 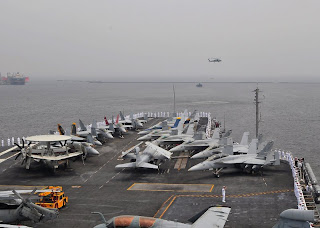