china naval ships in waters off Somalia, Gulf of Aden 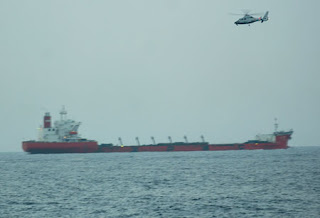 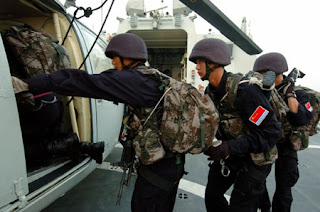 Chinese naval soldiers enter a helicopter aboard the Zhoushan missile frigate of the Chinese escort flotilla to protect merchant vessel "Weiyuan" from pirates in the Aden Gulf, Aug. 21, 2009 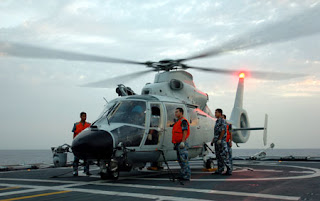 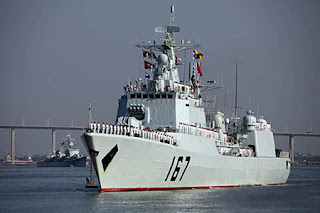 The convoy, the second from China to patrol the pirate-infested area, was sent to the region on April 2 this year. It was made up of guided missile destroyer "Shenzhen", missile frigate "Huangshan" and a supply ship. The convoy amassed 85,000 sea miles in 142 days' voyaging. During that time it escorted 308 merchant ships, conducted regional cover for 85 more and went to the assistance of four being attacked, the source said.In view of the new features of piracy, Li Xinfeng warned the passing ships to strengthen guard against piracy and try to join in or follow the escort taskforce. Should a mishap occur, the victim must promptly send a signal to warships of various countries to ask for help, and quickly change the sailing course and speed to take self-rescue measures and steer clear of pirate attacks as soon as possible. In addition, the vessels should open the “Automatic Identification System” during the sailing and turn on the navigation light at night when following the escort taskforce, so as to receive timely assistance when in distress