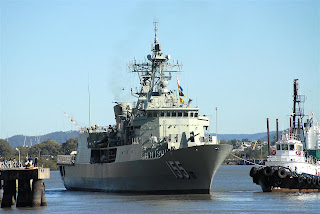 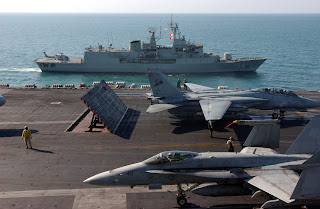 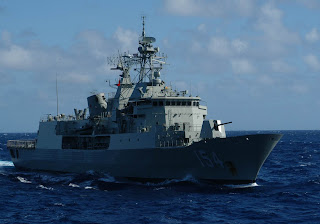 HMAS Parramatta FFH154 Parramatta is the oldest ship name in the Australian Navy and this is the fourth RAN ship to bear the name. 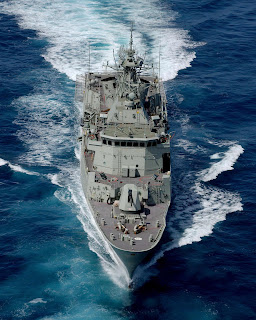 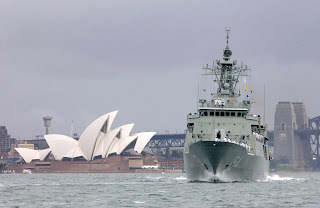 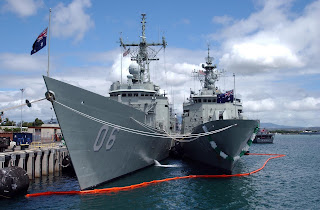 Pearl Harbor, Hawaii (June 28, 2004) - The Royal Australian Navy Adelaide-class frigate HMAS Newcastle (FFG 06) and the Anzac-class HMAS Parramatta (FFH 154) are moored pier side at Naval Station Pearl Harbor as they await the beginning of the multi-national maritime exercise Rim of the Pacific 2004 (RIMPAC). 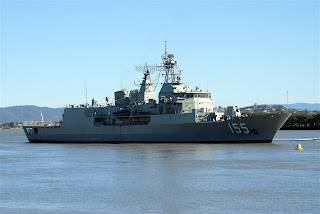 Anzac class missile frigates are the major surface units of the Royal Australian Navy (RAN) and Royal New Zealand Navy RNZN,they are based on a modified German MEKO 200 design
The Anzac frigate is armed with one eight-cell mk41 vertical launching system for Nato Sea Sparrow sa missiles with a range of 14.5km.

Seasparrow has been replaced by the evolved Sea Sparrow missile (ESSM) in HMAS Warramunga, Stuart and Parramatta, increasing the capacity from eight to 32 missiles,HMAS Warramunga was the first warship in the world to be fitted with the ESSM.


the RAN ordered the Eurotorp MU90 advanced lightweight torpedo, which is being fitted to all Anzac frigates. MU90 is 3m long, weighs 300kg and has a range of more than 10km. HMS Toowoomba, the first vessel to be fitted with the new torpedo, completed a first test firing of the MU90 in June 2008.