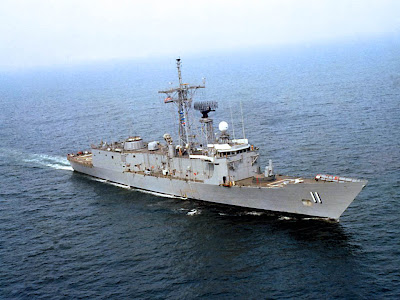 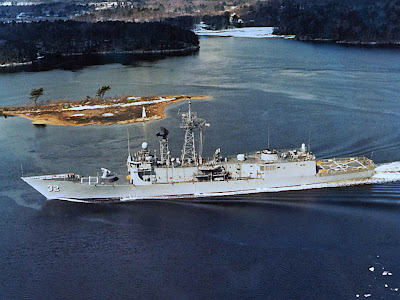 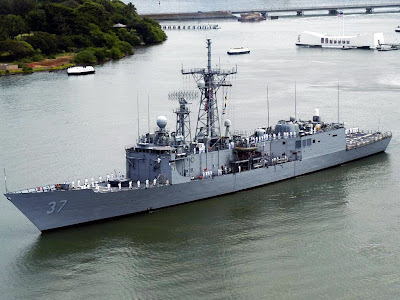 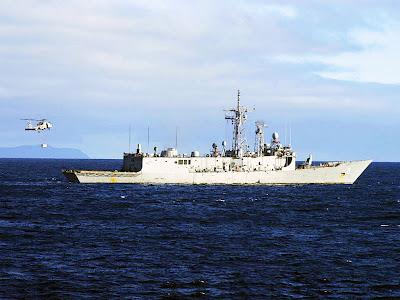 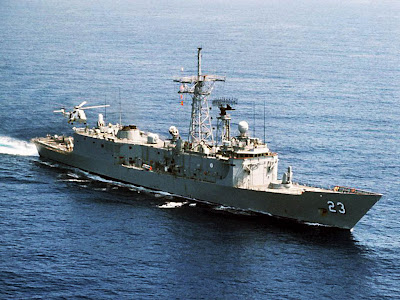 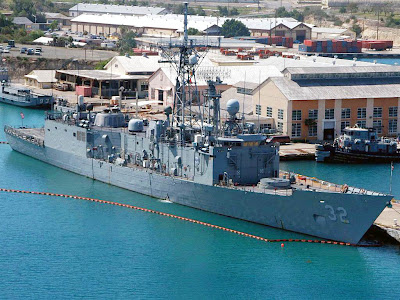 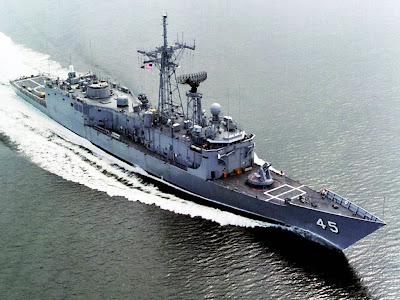 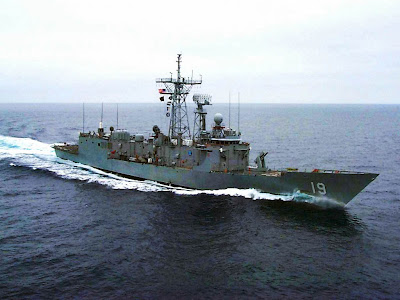 The Oliver Hazard Perry class (sometimes referred to as the Perry class or FFG-7 class), is a class of frigates named after Commodore Oliver Hazard Perry. The class was designed in the United States in the mid-1970s as general-purpose escort vessels, capable of most naval operations, yet cheap enough to be bought in large quantities to replace World War II-era destroyers. 55 ships were built in the United States: 51 for the United States Navy and six for the Royal Australian Navy (only four remain in service). Additionally, 8 were built in Taiwan, 6 in Spain and 2 in Australia for their respective navies. Ex-USN ships have been acquired by the navies of Bahrain, Egypt, Poland and Turkey