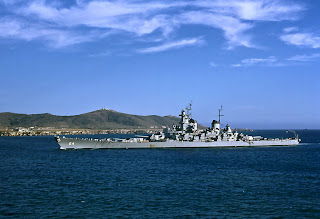 The The Iowa-class battleship Wisconsin (BB-64) off NorfolkUSS WISCONSIN (BB-64) fires a round from one of the Mark 7 16-inch/50-caliber guns in its No. 3 turret during Operation Desert Storm. The ship's target is an Iraqi artillery battery in southern Kuwaiti. This was the first time Wiscosnin's guns had fired in anger since 1952, and would mark the start of her participation in the ground war during Operation Desert Storm 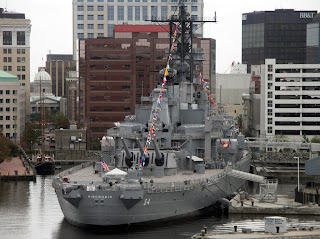 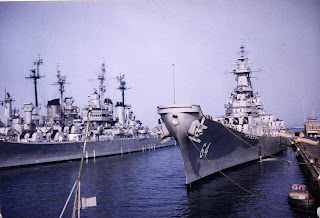 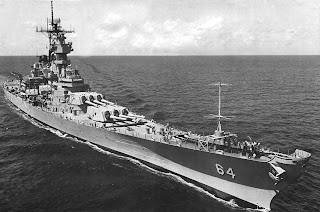 Battleship USS Wisconsin, in harbour at Norfolk, Virginia
permanantly tied up in Norfolk. It is worth the trip
Ship's Specifications
Length: 887’ 3"

Speed: In excess of 33 knots

Anchors: Two anchors, port and starboard bow, each weighing 30,000 pounds. Each anchor chain is 12 shots or 1,080 feet long and each link weighs about 120 pounds.

Other armor thicknesses are: