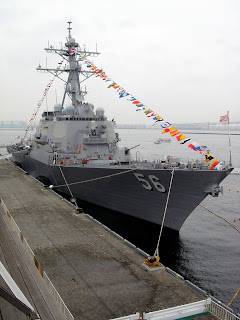 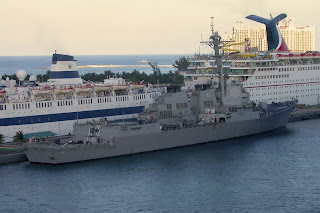 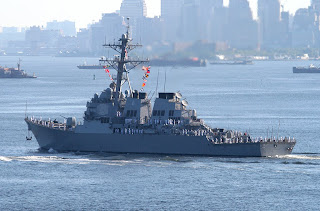 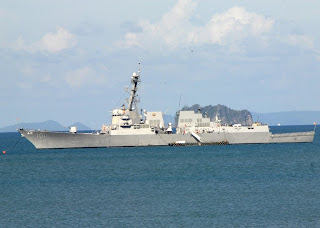 The USS Halsey was commissioned in 2005. In 2006, the Halsey suffered fire damage during it's maiden run. The Halsey is apart of the Pacific Fleet based in San Diego. 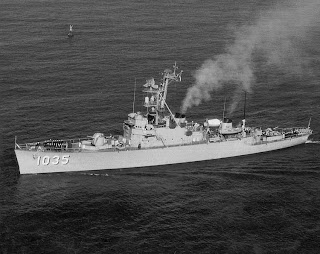 USS Charles Berry destroyer escort. I went aboard at Adak Island, Alaska and cruised around the Bering sea.

USS Emmons (DD-457/DMS-22) was a Gleaves-class destroyer of the United States Navy,Between December 1943 and April 1944, Emmons guarded carriers during their operations at Newport and in Casco Bay, aiding in the training of aviators. On 20 April she sailed from Maine waters for the Azores, and Mers-el-Kebir, Algeria, arriving 1 May for antisubmarine patrols. On 17 May, her group teamed with British aircraft to sink the German submarine U-616, and the next day, Emmons sailed for England, and final preparations for the invasion of France, 6 June. After guarding preassault minesweeping, she joined in the heavy bombardment prior to the landing. She remained off the beachhead for three days as watchdog for the vast armada of ships lining up with men and supplies, then retired across the English Channel to Plymouth, England, screening Texas (BB-35). Returning to the assault area 11 June, Emmons served in the screen guarding transports and supply ships from submarine attack. After replenishing at Porltand, England, from 21 to 24 June, she kept watch around battleships and cruisers during the bombardment of Cherbourg, 25 June. USS Nitze. Destroyer - Arliegh Burke class. Operating in support of aircraft carriers, these ships also engage in surface action, amphibious and replenishment groups. Seen here in New York, USA. May 2008. "Fleetweek". Built at Northrop Grumman Shipbuilding, Pascagoula, Mississippi, this bad boy is poised to project American sea power around the globe. As one of many Arleigh Burke class destroyers, this ship has tremendeous speed and firepower. 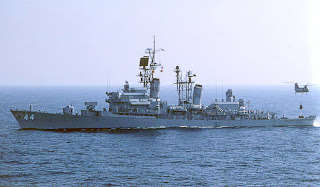 The Coontz-class guided-missile destroyer William V Pratt (DDG-44) receiving cargo from a CH-46 Sea Knight helicopter belonging to the USS Mount Baker (AE-34) in the Mediterranean, during US Sixth Fleet operations. There were 10 ships in the class which is sometimes known as the Farragut class. They were ordered in 1957 and 1958 and all 10 were delivered to the US Navy by November 1961. Each displaced 5,800 tons full load. At 156m long and with a 16m beam they could achieve a top speed of 33 kts. Originally commissioned as guided-missile frigates (DLG), they were redesignated as guided-missile destroyers (DDG) under the fleet realignment in 1975. They were the only ships renumbered under the realignment. They were the only US Navy destroyers to be equipped with the Standard SM-1 SAM.