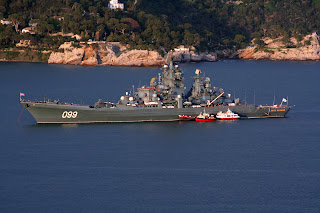 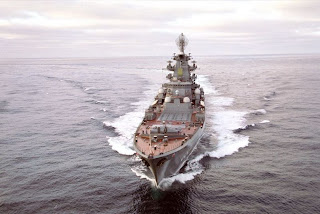 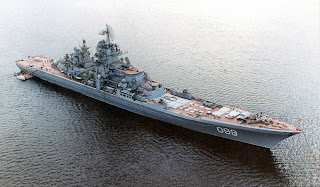 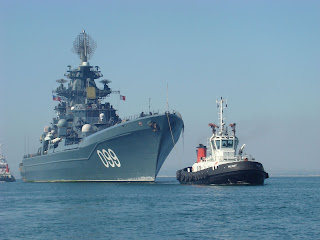 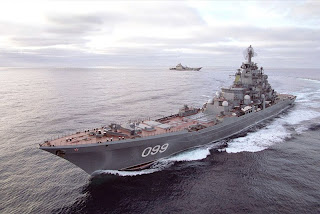 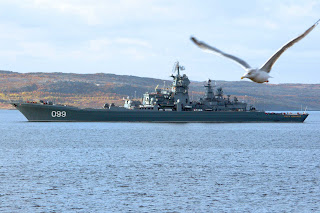 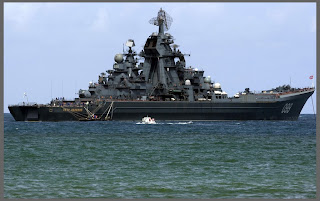 By deploying a navy flotilla in the southern Caribbean , including the warship Peter the Great, Russia gets to assert itself as a power that can make itself felt anywhere in the world, even in America's back yard. The deployment of the Peter the Great led flotilla is also seen as a response to a planned deployment of anti missile defense systems in Eastern Europe.Venezuela,
The official line is that the joint maneuvers, which include the Peter the Great, one of Russia's most powerful warships, is simply a good will exercise between two friendly countries.
Russian Warship 'Peter the Great' Arrives at Venezuela
Russian Kirov Class Cruiser Project 1144.2 Peter the Great ( Petr Velikyy ) 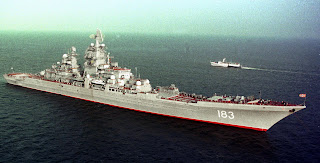