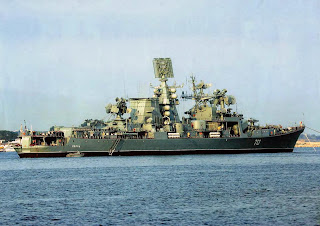 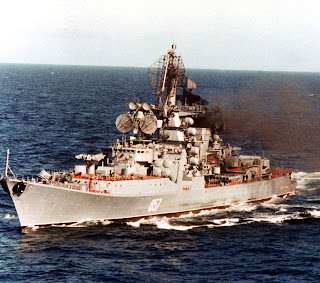 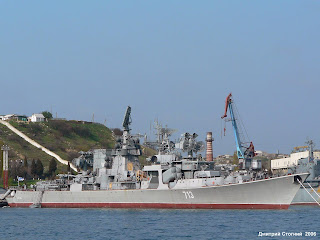 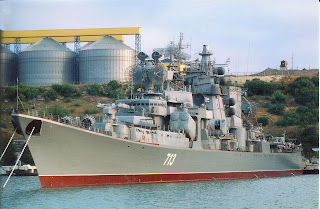 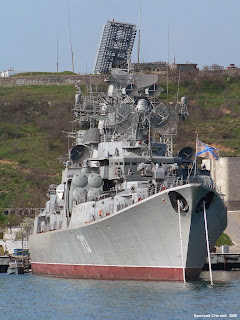 Kerch 08 May 2008 - Sevastopol;
the soviet navy build kara class cruiser to destroy US aircraft carriers and submarines.the kara class were build in the cold war
Nikolayev was transferred to the Ukraine after the fall of the USSR, and was scrapped in India in 1994. Petropavlovsk, Tashkent and Vladivostok were sold for scrap between 1994 - 1996. Ochakov went into reserve in the Pacific in the late 1990s. Kerch went into refit in the late 1990s, and is the only member of the class still nominally in commission, serving as flagship of the Black Sea Fleet.

Azov guided missile cruiser
was the trials ship for the new generation SA-N-6 vertical-launch SAM and its associated 'Top Dome' fire control radar. She remained in the Black Sea after one Shtorm and 'Headlight' fire control radar combination had been replaced by the new systems.