F14 tomcat in the Gulf War 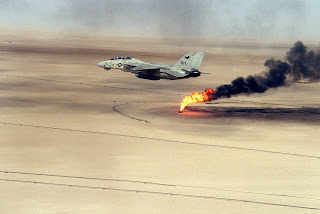 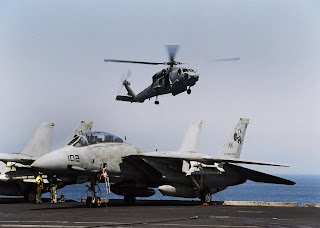 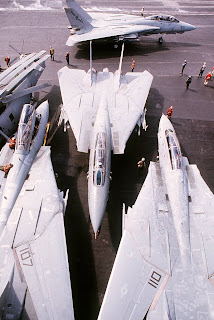 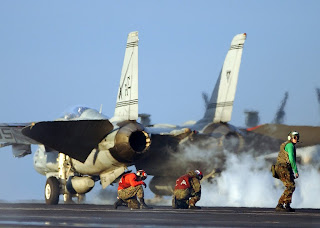 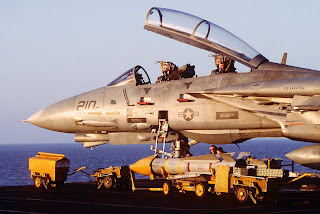 An AIM-54C Phoenix missile and two chaff and flare dispensers sit on skids beside a Fighter Squadron 103 (VF-103) F-14A Tomcat aircraft on the flight deck of the aircraft carrier USS SARATOGA (CV-60) during gulf war. 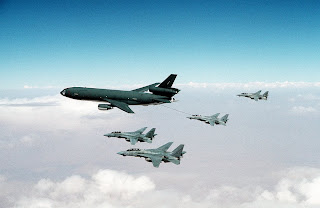 An underside view of a Fighter Squadron 41 (VF-41) F-14A Tomcat aircraft on a Combat Air Patrol (CAP) during gulf war. The aircraft is carrying four AIM-7 Sparrow missiles under its fuselage and two AIM-9 Sidewinder missiles on each wing pylon. 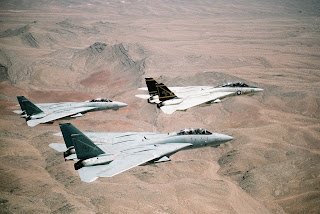 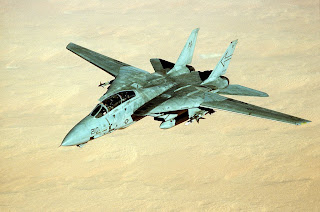 An F-14 Tomcat aircraft of Fighter Squadron 103 (VF-103) prepares for refueling during gulf war. The aircraft is armed with AIM-7 Sparrow and AIM-9 Sidewinder missiles.

Action in Desert Storm--
As an air-to-air fighter, the F-14 did not get to see much of the Iraqi Air Force given their destruction and their desire not to fly.Fleet deliveries of Navy F-14D fighters began in March 1990, but the fighters did not have a defensive system to jam signals from radar-guided missiles homing in on the aircraft. F-14's were used to provide combat air patrols over attacking carrier based aircraft and their ships, an F-14A from VF-103 was shot down by an SA-2 surface-to-air missile while on an escort mission near Al Asad airbase in Iraq. A total of 4,124 sorties were flown by the 99 F-14 Tomcats deployed to the Gulf.for a total of 14,248 flight hours.