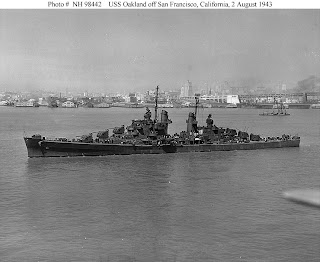 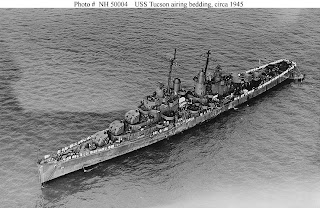 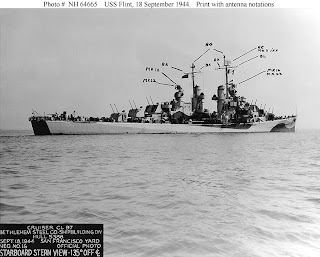 The United States Navy Atlanta class light cruisers also known as the Atlanta-Oakland class designed originally as flotilla leaders but ended up as effective anti-aircraft cruisers during wwii.they had by far the heaviest anti aircraft broadside of any warship of World War 2, at over 17,600 pounds per minute of highly-accurate, radar-fuzed VT ordnance.
Although most formidable as anti-aircraft ships, they did not fare well in surface combat. The only two ships of the class that engaged in surface combat were sunk. The us Navy lost three light cruisers in World War II; and two of those were ships of the Atlanta class. Both were sunk in the Solomon Islands, supporting the Guadalcanal campaign. Atlanta (CL-51) was sunk by torpedoes and gunfire, and Juneau (CL-52) sunk by torpedoes on November 13,1942.