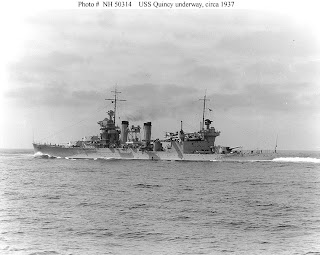 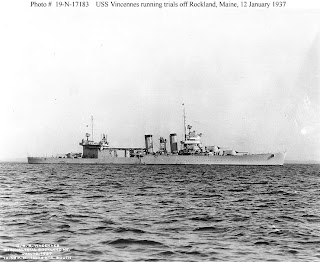 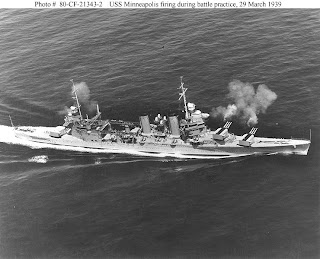 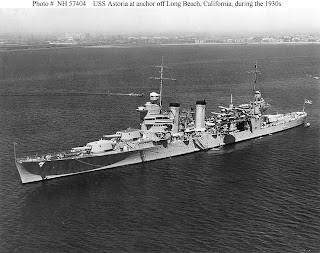 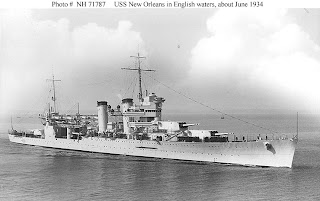 USS NEW ORLEANS CL-32/CA-32
The United States Navy New Orleans class heavy cruisers are the last major class of heavy treaty cruisers,seven ship of this class were build,during world war two,the New Orleans class ship were assigned to the most urgent of front line duties. the New Orleans ships had a distinctive appearance and were considered very good looking vessels. The forecastle deck extended back to the second funnel and the main superstructure was constructed without the ungainly tripod mast as seen the previous cruisers. The bow was a raked type, similar to those of British cruisers. The two funnels were situated closer together with a large search light tower in between. Aircraft handling facilities were moved further aft and a larger second conning station erected above the hangar. A single mainmast was erected there, between two huge pedestal cranes which handled both spotter planes and small craft. Powered by eight high-pressure steam boilers that produced 107,000 hp for the four Westinghouse gearing steam turbines. The turbines were shafted to four propellors, giving this class a rated speed of 33 knots (61 km/h). The cruisers' range - using 3269 tons of bunker oil - was approximately 14,000 nautical miles at 10 knots (19 km/h) or 5,280 nautical miles (9,780 km) at 20 knots (37 km/h). Their range could be extended by refueling from tanker or another ship fitted to transfer oil while underway. 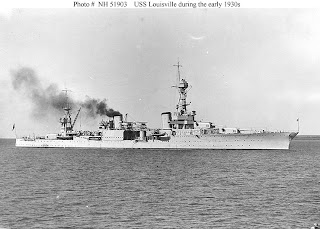 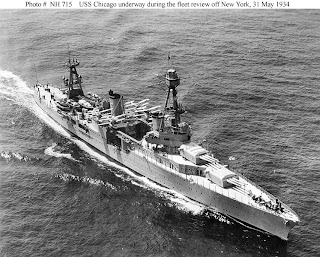 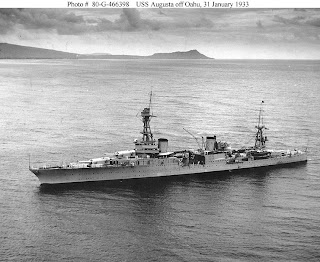 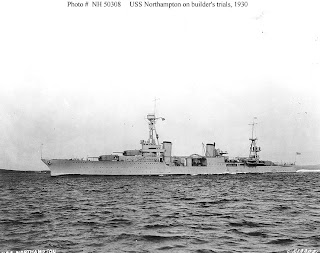 United States Navy wwii heavy cruisers Northampton class have 3 triple mounted 8 inch gun turrets and heavier armor. Freeboard was increased by adopting a high forecastle, which was extended aft in the last three for use as flagships. These ships were also the first U.S. ships to adopt a hangar for aircraft, and bunks instead of hammocks. Their lighter than expected weight also caused them to roll excessively which necessitated the fitting of deep bilge keels.