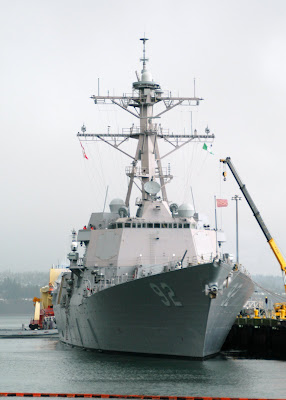 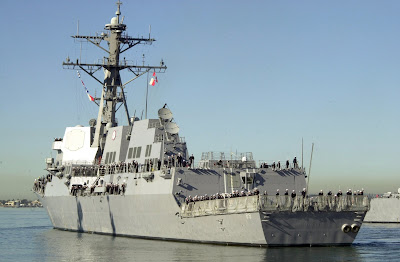 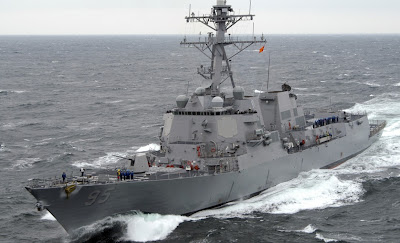 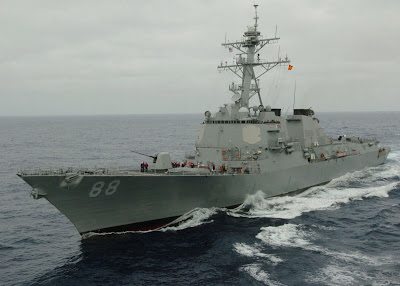 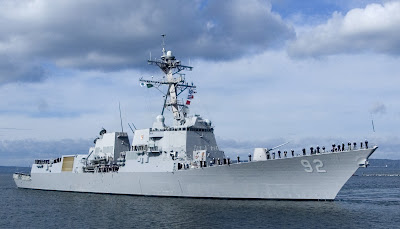 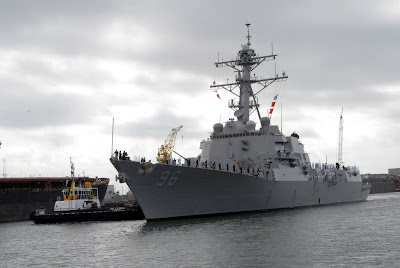 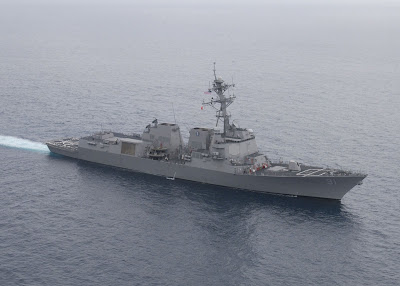 The "Flight IIA Arleigh Burke" ships have several new features, which has led some to suggest that they be renamed the "Oscar Austin" class after the first ship, Oscar Austin (DDG-79). Among the changes are the addition of two hangars for ASW helicopters, and a new, longer Mark 45 Mod 4 5-inch/62-caliber naval gun (fitted on Winston S. Churchill (DDG-81) and later ships). Later Flight IIA ships starting with USS Mustin have a modified funnel design that buries the funnels within the superstructure as a signature-reduction measure. TACTAS Towed array sonar was omitted from flight IIA ships and they also lack Harpoon launchers. Ships from DDG-68 to DDG-84 have AN/SLQ-32 antennas that resemble V3 configuration similar to those deployed on Aegis cruisers, while the remainder appear to have V5 variants externally resembling ones deployed on Oliver Hazard Perry frigates. V3 has an active electronic countermeasures component while V5 is passive only. In 2007, images of some flight IIA units, (Preble[3], Mustin[4]), show an aft CIWS had been added, though they were constructed without a CIWS