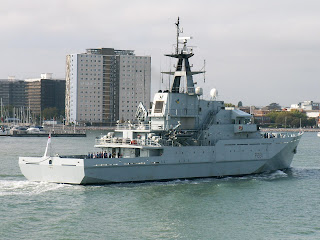 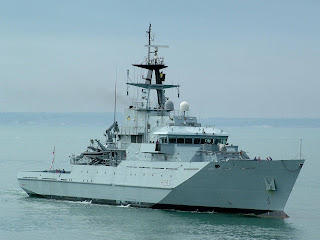 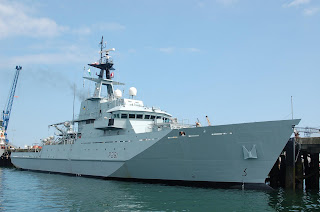 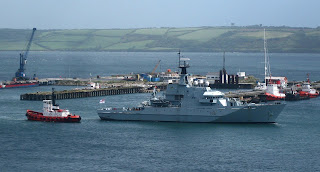 HMS TYNE (P281) arriving Falmouth, Cornwall - coming alongside County wharf shadowed by the Falmouth tug PECUILHMS TYNE is the first of the River Class Offshore Patrol Vessels (OPVs) built for Fishery Protection around the UK.These OPVs, including sister ships HMS Severn and HMS Mersey, are taking over from the Island Class. HMS Tyne was built in Woolston Docks, Southampton and is based at HM Naval Base Portsmouth.The current HMS Tyne is the sixth ship to bear the name in the Royal Navy. 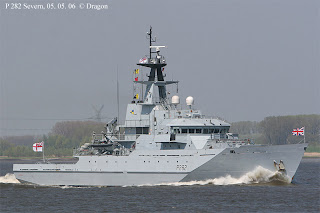 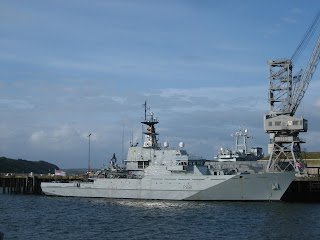