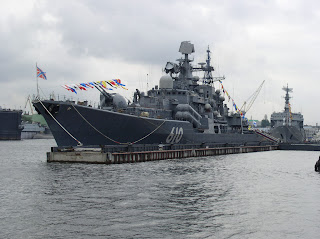 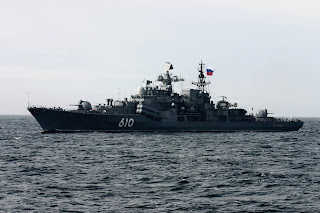 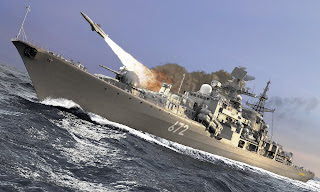 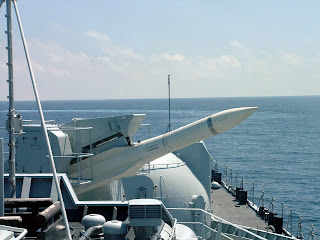 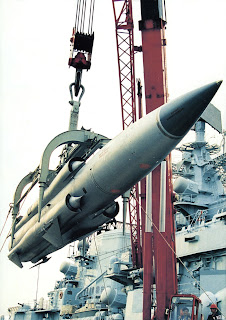 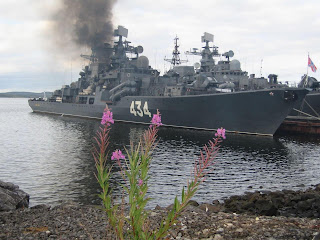 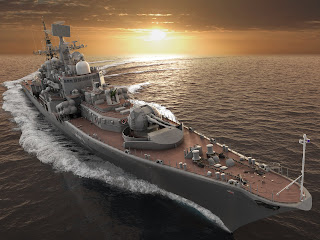 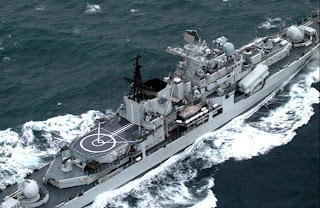 SOVREMENNY CLASS (TYPE 956)
The Sovremenny class Project 956 destroyer is the principal anti-surface warship of the Russian Navy. and is similar in size to the USA Navy's Aegis-equipped missile cruisers. It is armed with an anti-submarine helicopter, 48 air defence missiles, 8 anti-ship missiles, torpedoes, mines, long range guns and a comprehensive electronic warfare system.


The first-of-class Sovremenny was commissioned in 1985. A total of eighteen have been built for the Russian Navy , eleven of which are in service

The ship is equipped with the Raduga Moskit anti-ship missile system with two four-cell launchers installed port and starboard of the forward island and set at an angle about 15 degrees. The ship carries a total of eight Moskit 3M80E missiles, NATO designation SS-N-22 Sunburn. The missile is a sea-skimming missile with velocity Mach 2.5 and armed with a 300 kg high explosive warhead or a nuclear 200 kiloton warhead. The range is from 10 to 120 km. The launch weight is 4,000 kg.