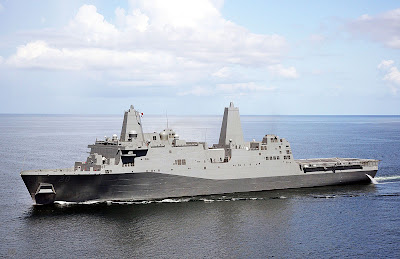 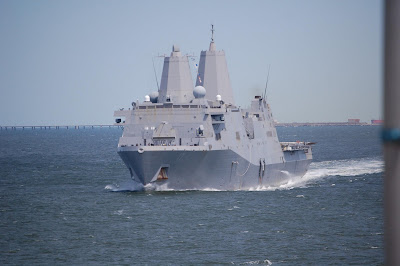 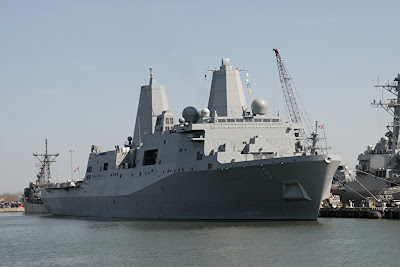 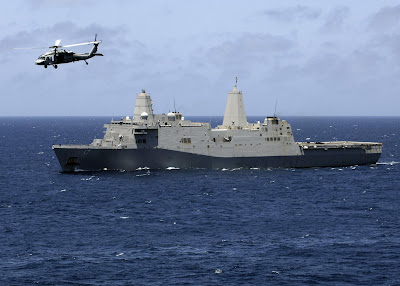 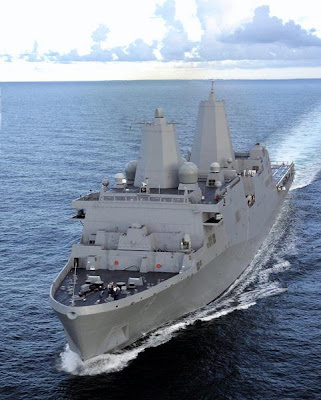 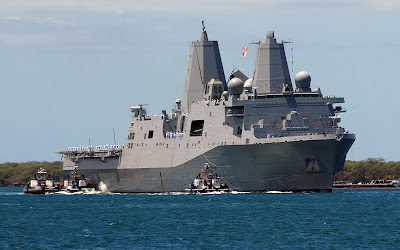 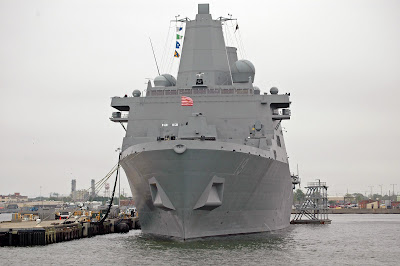 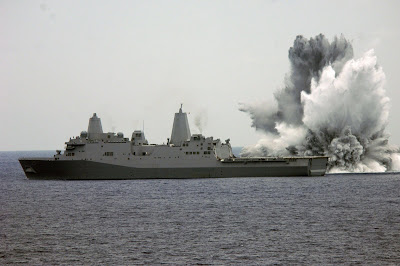 The San Antonio class is the United States Navy's primary class of amphibious transport dock (LPD). It is replacing the older Austin-, Cleveland.The LPD 17 is the first of a new class of twelve 684-foot, 25,000-ton amphibious transport dock ships designed to transport and land up to 720 Marines, their equipment and supplies by means of embarked landing craft or amphibious vehicles augmented by helicopters. It can carry two LCACs, have a capacity of 25,000 square feet of vehicle stowage and 36,000 cubic feet of cargo, and be able to land four CH-46 helicopters, or accommodate a mix of AH-1/UH-1, CH-46, and H-53E helicopters and MV-22 tiltrotor aircraft,The SAN ANTONIO (LPD 17) Class of amphibious transport dock ships represents the Navy and Marine Corps' future in amphibious warfare, and is one of the cornerstones in the strategic plan known as "Forward...from the sea". The multi-mission San Antonio class are the first ships designed to accommodate all three elements of the Marine Corps' "mobility triad," the new tilt-rotor MV-22 Osprey aircraft, the advanced amphibious assault vehicle (AAAV), and the landing craft air cushion (LCAC). It is designed to support embarking, transporting, and landing elements of a Marine landing force in an assault by helicopters, landing craft, amphibious vehicles, and by a combination of these methods to conduct primary amphibious warfare missions