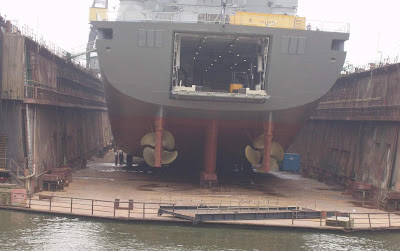 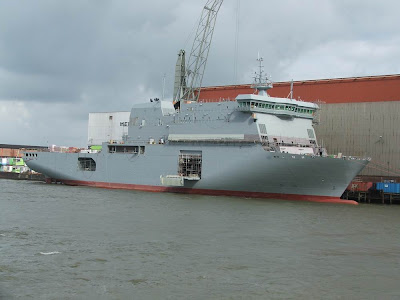 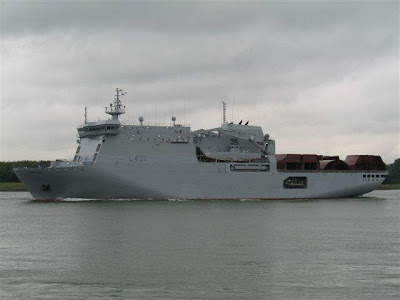 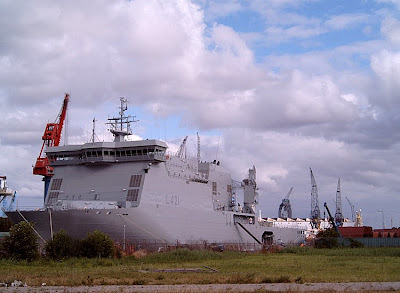 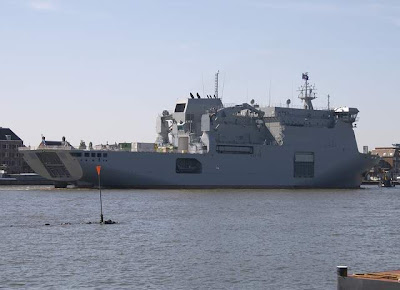 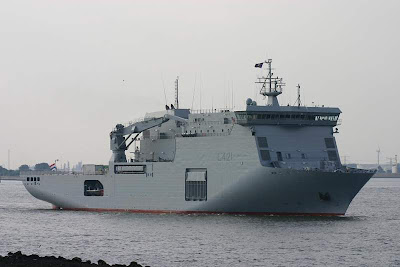 The Royal New Zealand Navy's new Multi Role Vessel (MRV) will be launched on Saturday (local time) at the Merwede shipyard in Rotterdam,The MRV will have a maximum speed of 19 knots, and be capable of transporting the Army’s Light Armoured Vehicles and Light Operational Vehicles, as well as 250 troops, one Seasprite and four NH90 helicopters. It will have two 60-tonne landing craft for situations where port facilities are not availableThe 9000-tonne MRV is the first of seven ships being built under the Ministry of Defence's $500 million Project Protector. Two Offshore Patrol Vessels are being built in Melbourne, and four Inshore Patrol Vessels are being built in Whangarei