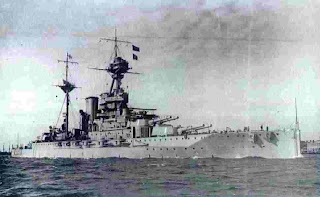 Modernized HMS Queen Elizabeth,except for speed could pass for modern ship in WWII, that bridge structure is almost exact copy of KGV class.... Imagine if you saw it at night you would confuse it for one of them newer ships,Always liked her sistership 'Warspite' best. No other dreadnought took a pounding like she did and survive. Pity the Brits didn't keep her instead of 'Belfast' 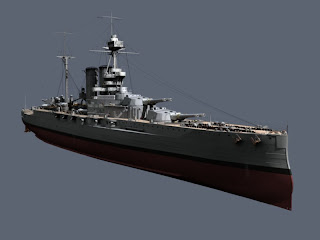 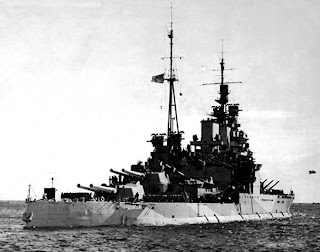 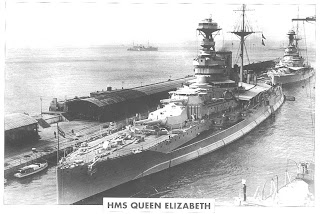 fore turret 15inch gun of HMS Queen Elizabeth in the Med in 1941. Original taken by Willie Scott. Colourised by Bill Scott in 2008.

british royal navy Her Majesty's Ship HMS Queen Elizabeth was a Dreadnought battleships.She entered service in January 1915 during World War I.When she was launched, she was the fastest, most powerful warship afloat. Boasting 15 inch guns and burning diesel fuel, rather than coal, nothing could catch her, nor could anything outgun her. Since none of her contemporaries carried anything bigger than 14 inches, it was a good call.HMS Queen Elizabeth served though both world wars, but saw little action. During the Battle of Jutland, she was undergoing refit. In World War Two, she was part of the Mediterranean Fleet,already approaching obsolescence, she was damaged by Italian divers while at anchor in Alexandria, Egypt. Subsequently, she was repaired in the United States and then served in the Pacific.