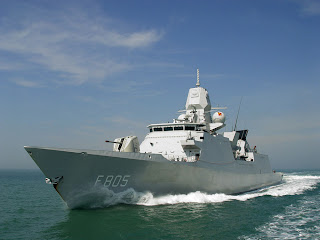 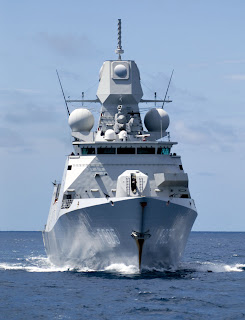 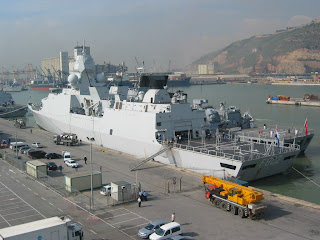 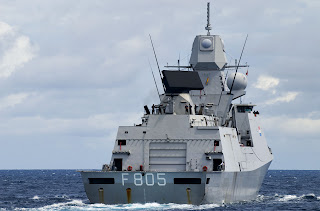 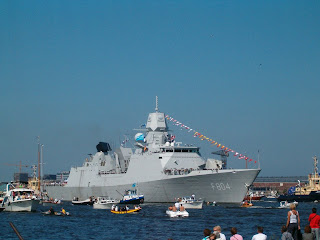 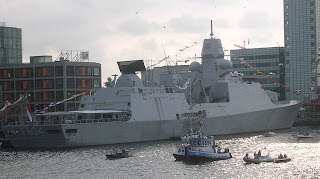 The Royal Netherlands Navy De Zeven Provinciën class frigates air-defense frigates.These ships were built for air-defense but they also have weapons onboard to attack surface and submarine targets, for example: the Harpoon Missile and Mk. 46 Torpedoes. The ships are similar to the German Sachsen class frigates. For anti-air the ships are equipped with several weapons. The primary weapon is the Mk41 Vertical Launch System, each with 32 Evolved Sea Sparrow Missile essm and 32 SM-2 IIIA.