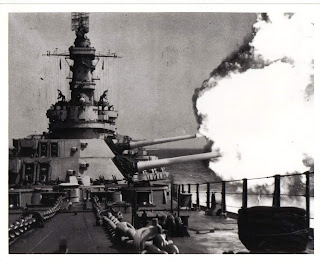 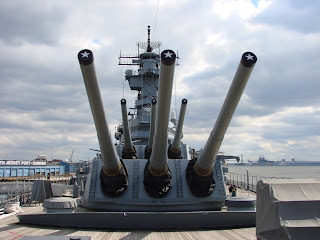 forward Turret 1 and the barrels 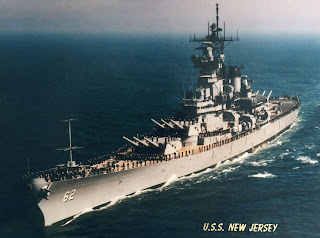 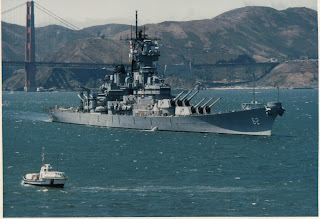 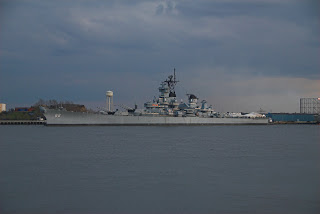 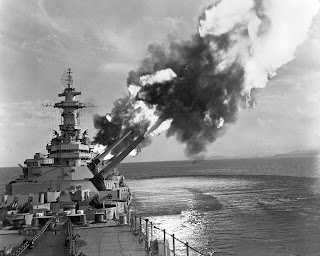 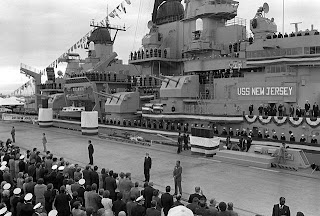 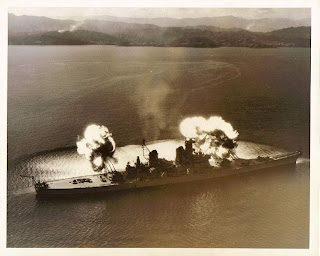 The New Jersey (BB-62) fires broadside during bombardment operations against enemy targets in Korea, adjacent to the 38th parallel. Photo is dated 10 November 1951. Smoke from shell explosions is visible ashore, in the upper left. 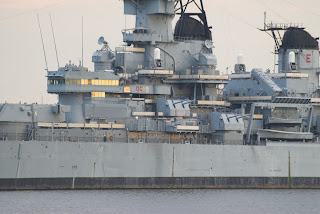 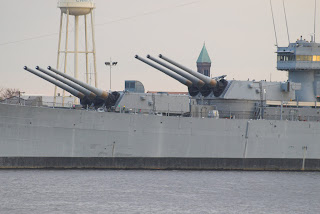 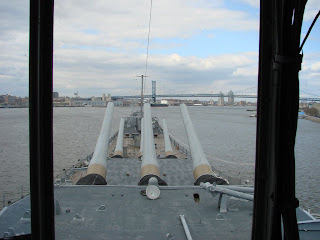 View out of the bridge window aboard New Jersey 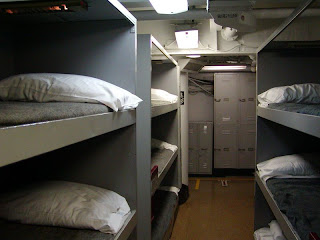 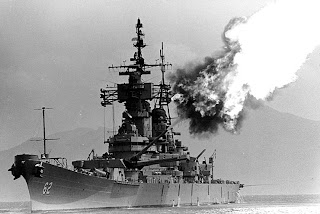 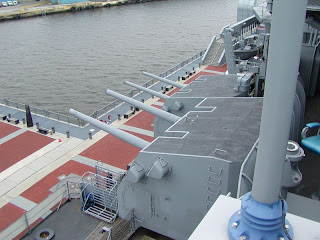 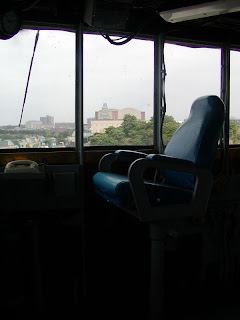 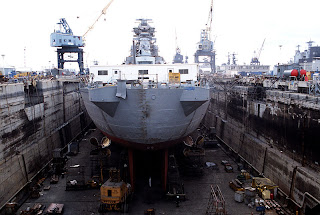 After the Korean War, the BB62 USS New Jersey were mothballed. But John Lehman, Ronald Reagan's first Navy Secretary, wanted to bring back the behemoths -- weighing in at 58,000 tons when fully loaded -- in his quest for a 600-ship Navy. The Navy proposed to modernize the vessels by replacing one of their three gun turrets with cruise-missile launch batteries. Military reformers argued that battleships were obsolete, That plan was later discarded.

In 1983 Reagan sent the U.S.S. New Jersey to Lebanon, where it fired shells at Syrian and Druze positions with a high rate of inaccuracy. While many military experts argued that battleships simply provide an empty show of force, defenders of the dreadnoughts responded that in some situations they are invaluable in projecting a nation's power and determination. "In peacetime the mission is political presence," says naval analyst Norman Polmar, "and they are very impressive for that." But they are also quite expensive. While cheaper to operate than an aircraft carrier, USS New Jersey consumes $80 million a year in operations and support costs.Aircraft carriers introduced another factor into the equation; the ability to sink all opposing ships well beyond the range of a battleship's big guns. By Vietnam they were being used for mostly coastal bombardment. Missiles had a part to play in it, but only in the sense that a smaller ship could produce the same results as a battleship at a much smaller cost.

The USS New Jersey played a significant psychological role supporting the Marines in Lebanon. Previously, the Marines' NGF support was from 5 inch guns. The enemy simply hunkered down and waited for the firing to cease. When New Jersey fired her 16 inch guns for the first time, the enemy thought they had been "nuked". The whole situation changed while New Jersey was on station. We all owe her a debt of gratitude.