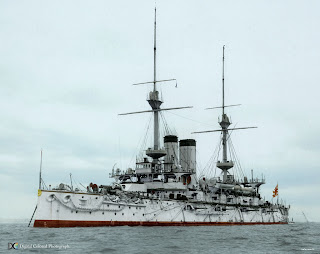 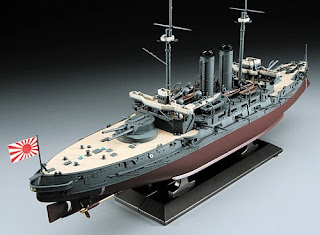 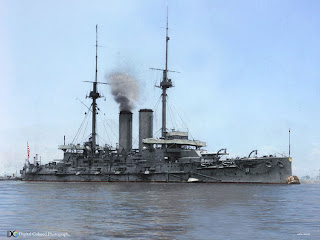 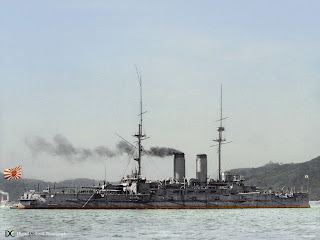 ijn Mikasa is a Imperial Japanese Navy pre-Dreadnought battleship,made in Britain in 1900. Mikasa, was ordered from the Vickers shipyard in Barrow-in-Furness, United Kingdom at the end of 1898, for delivery to Japan in 1902. She took three years to complete, at the great cost of £880,000 (8.8 million yen).
She served as the flagship of Admiral Tōgō Heihachirō during the Battle of Tsushima in 1905, as well as several other engagements during the Russo-Japanese War.
At the time of her delivery, Mikasa was a state-of-the-art pre-dreadnought battleship, achieving an unprecedented combination of firepower and protection.adapted from british latest Majestic class design, with increased displacement (15,140 tonnes against 14,900), improved speed (18 knots against 17), slightly stronger armament (two more 6 inch guns), and much stronger armour: she kept the same armour thicknesses but used high performance Krupp armour, around 50% stronger compared to the Harvey armour used by the Majestic class.