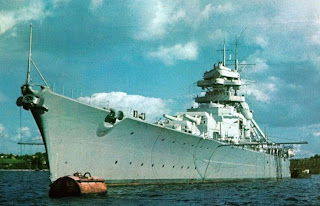 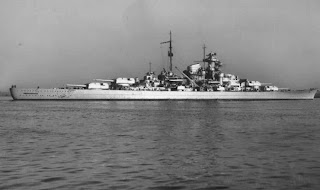 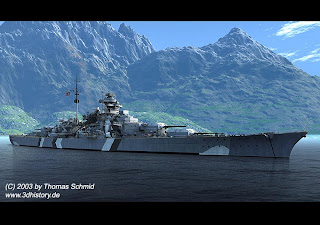 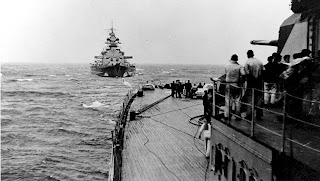 Bismarck seen from the heavy cruiser Prinz Eugen as the two ships practice towing and refueling by trailing hose in the Baltic, April-May 1941 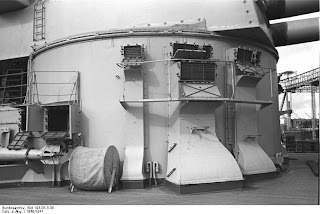 BISMARK either BRUNO or Ceasar turret 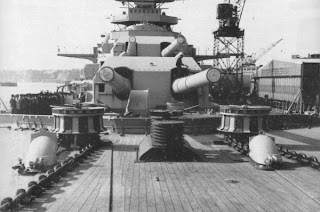 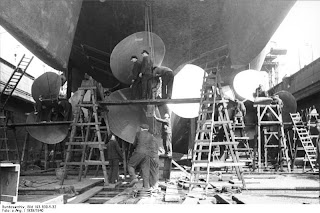 Propellers of the Bismarck 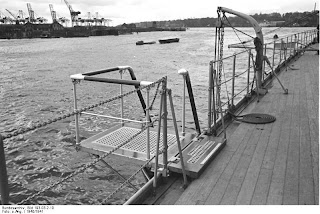 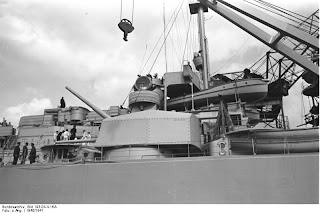 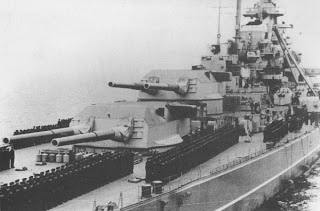 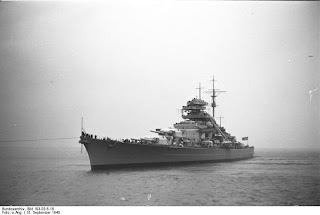 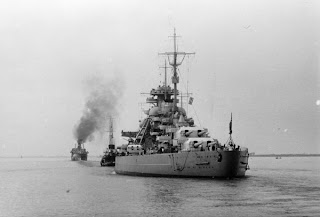 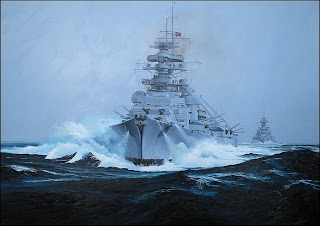 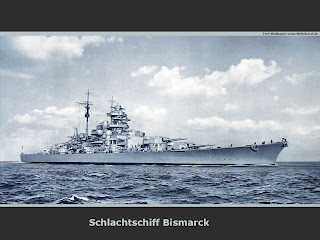 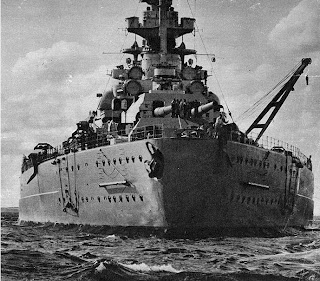 Bismarck photographed from astern, showing stern anchor in its recessed well, folding propeller guards, armor belt and other details of hull and superstructure. 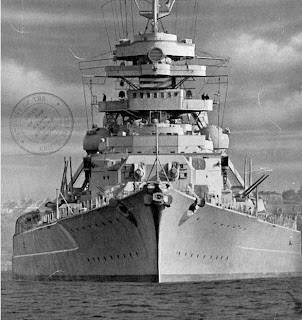 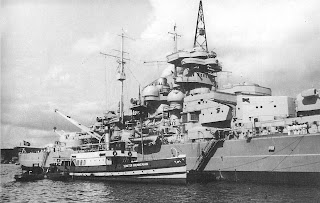 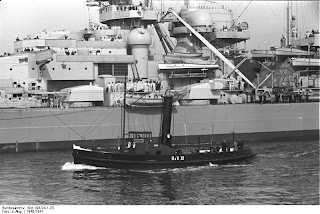 The German Kriegsmarine warship Bismarck is one of the most famous battleships of the ww2.named after the 19th century German chancellor Otto von Bismarck, the great ship was commissioned in August 1940.displaced more than 50,000 tons fully loaded and was the largest warship then commissioned. In In May 1941, Bismarck was sent out to the Atlantic for her first combat mission, accompanied by the heavy cruiser Prinz Eugen. It would begin with an outstanding success. On the morning of May 24th, while west of Iceland, the German vessels encountered the British battlecruiser Hood and battleship Prince of Wales. In the ensuing Battle of the Denmark Strait, hms Hood flagship of the Home Fleet and pride of the Royal Navy, blew up and sank after a very short engagement, the seriously damaged Prince of Wales was forced to retreat. Bismarck also suffered some damage resulting in fuel leaks.

Having been detected by the Royal Navy, Bismarck began a voyage toward France, where she could be repaired. In the meantime, British Prime Minister Winston Churchill issued the order to Sink the Bismarck,a massive chasing operation involving no less than 7 battleships, 2 aircraft carriers and over 90 other ships. The Bismarck was found and attacked by carrier planes and surface ships, ultimately sustaining a torpedo hit in the stern that rendered her unable to steer effectively. British battleships and heavy cruisers intercepted the crippled ship on the morning of May 27th. After less than two hours of battle, shells and torpedoes had reduced Bismarck to a wreck. She capsized and sank, with the loss of all but 110 of her crew of some 2300 men
r

the best battleship battlecruisers of the german navy in world war two,those are great Desktop wallpapers

The Bismarck had a Displacement: 41,700 t standard; 50,900 t full load.and was armed with 8, 15 inch guns. It was laid down in 1936 and completed in 1940.
The Bismark was able to sink the Hood, because she was a state of the art ship. The most powerfull ship at sea at the time. The super Japanese Battleships had not been built yet, and at 50,000 tons the Bismark was the largest Battleship afloat. The Hood, was a First World War Battleship that had never been fully modernised, leaving her with weaknesses, Where as the Hood was designed off 1916 principles, the Bismark has 20 years grace, and was biult in 1936. This was very important. Accuracy of fire had improved during this time period, as well as range, and armour protection. The Bismark was very heavily armoured.

bismarck is not the largest German Battleship, the Tirpitz was larger.The Tirpitz had a Displacement: 42,900t standard; 52,600t full load

If the Bismarck had been accompanied by the Tirpitz it would have taken the U.S. navy to stop them.

What would the USN have done that the RN wasn't already doing?

The USN was still struggling with defective torpedo strikers. Sure, the Stringbags were obsolete, but their torps exploded when they hit. History shows they were enough to stop Bismarck.

There were no Iowas, no South Dakotas, no North Carolinas. USN BBs were no more modern than Rodney. The KGV was probably a better match for Bismarck than anything the USN could bring at least until the South Dakotas.