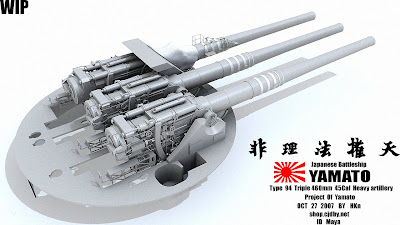 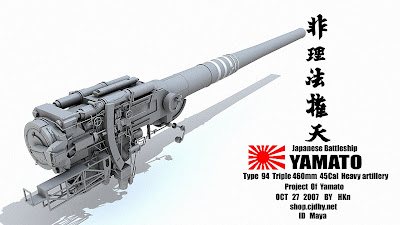 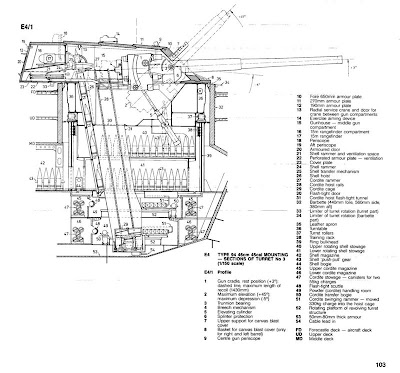 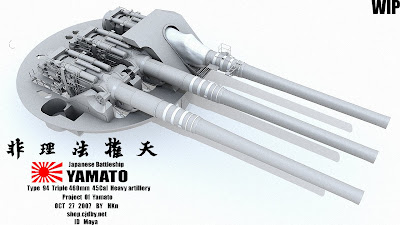 The primary armament of the Yamato class took the form of nine 40 cm/45 Type 94 18.1 inch (460 mm) naval-guns—the largest caliber of guns ever fitted to a warship mounted in three 3-gun turrets Each gun barrels was 21.13 metres (69.3 ft) long and weighed 147.3 metric tonnes.[13] High-explosive armour-piercing shells were used, capable of being fired 42.0 kilometres (26.1 mi) at a rate of two a minute.[9] The main guns were also capable of firing Sanshiki (Beehive) anti-aircraft shells. Upon detonation, each of these shells released 1,500 incendiary fragments against oncoming aircraft.[14] However, due to the severe damage the firing of these shells inflicted on the barrels of the main guns, Sanshiki were rarely used in combat against enemy aircraft