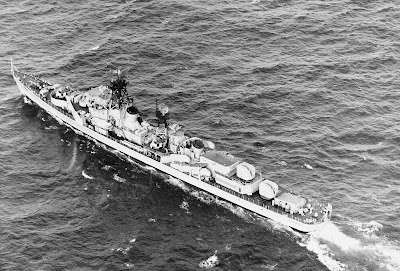 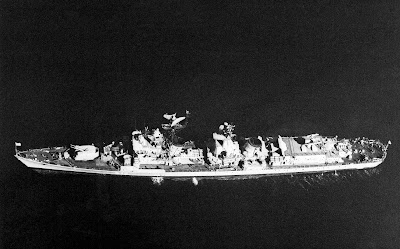 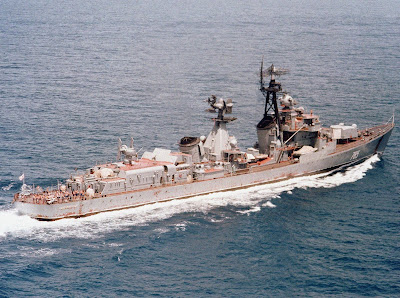 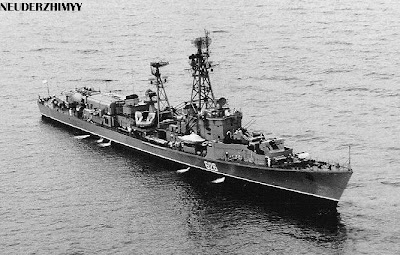 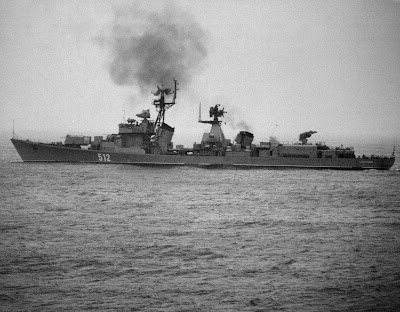 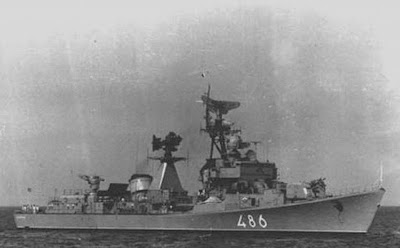 The Kotlin class ships were cold-war era destroyers built for the Soviet Navy, The Russian name for this class was Project 56 Spokoinyy. 27 ships were built between 1955 and 1958, they were all decommissioned in the late 1980s. Kildin class is based on Kotlin's design. The Chinese Luda class destroyer, which is based on the Neustrashimy class destroyer, also borrows some design concepts from the Kotlin class
In 1962, the Soviet navy installed the navalized version of S-125 Neva, SA-N-1 'Goa' to a Project 56K Kotlin SAM class destroyer, the Bravyi (Bravyy) for testing. The system used 4K90 (V-600) missile that could engage targets at distances from 4–15 km (0–10 mi) and altitudes of 100–10,000 m (300–33,000 ft). Fire control and guidance was provided by 4R90 Yatagan radar. The system could only track one target a time. The missiles were loaded on the dual-arm launcher ZIF-101, with under-deck magazine storage for 16 missiles